Our technology is both versatile and material independent, making it suitable for a multiple of markets. It is the application area and the need for material properties such as flexibility, light weight, transparency, stickiness, resilience to harsher environments or biocompatibility that limits the material choices of the film.

What is an Anisotropic Conductive Film?

Anisotropic materials have directionally different material properties. For instance, the material can be insulating in one direction and electrically conductive in another.

Conventional anisotropic conductive films (ACFs) are commonly used to bond and connect components in flat panel displays, touch screens and other electronic devices.  They are typically based on epoxy or acrylics filled with silver or gold coated polymer particles.. When applying conventional anisotropic conductive films, heat and pressure is required to achieve bonding.

There are several benefits to using ACFs over alternative joining technologies, such as soldering. With ACFs you get high interconnection densities, flexible bonding, possibility of lower temperature assembly and miniaturization of the final device.

What makes our Conductive Films different?

An important property of our film is the density of conductive points. This is referred to as pitch which is the center-to-center distance between two conductive chains. CondAlign achieves  pitch below 10µm. In comparison, with conventional ACFs, film thickness is constraint to approximately one particle thick. By using our technology, the ratio between film thickness and particle size is not fixed and can to a certain degree be tuned to define the pitch and form an optimized conductive film.

By aligning the filler particles we allow for a more effective use of them. This makes it possible to get good conductive properties even at low loadings, thanks to the CondAlign technology. Size and geometry of the particles influence the alignment and affect the conductivity.

The bonding process can be compared to the sticking of a double-sided tape, as no heat and little pressure is required in the process because CondAlign’s films are made in the form of pressure sensitive adhesives (PSA).

To learn more about the application areas, go to Markets. 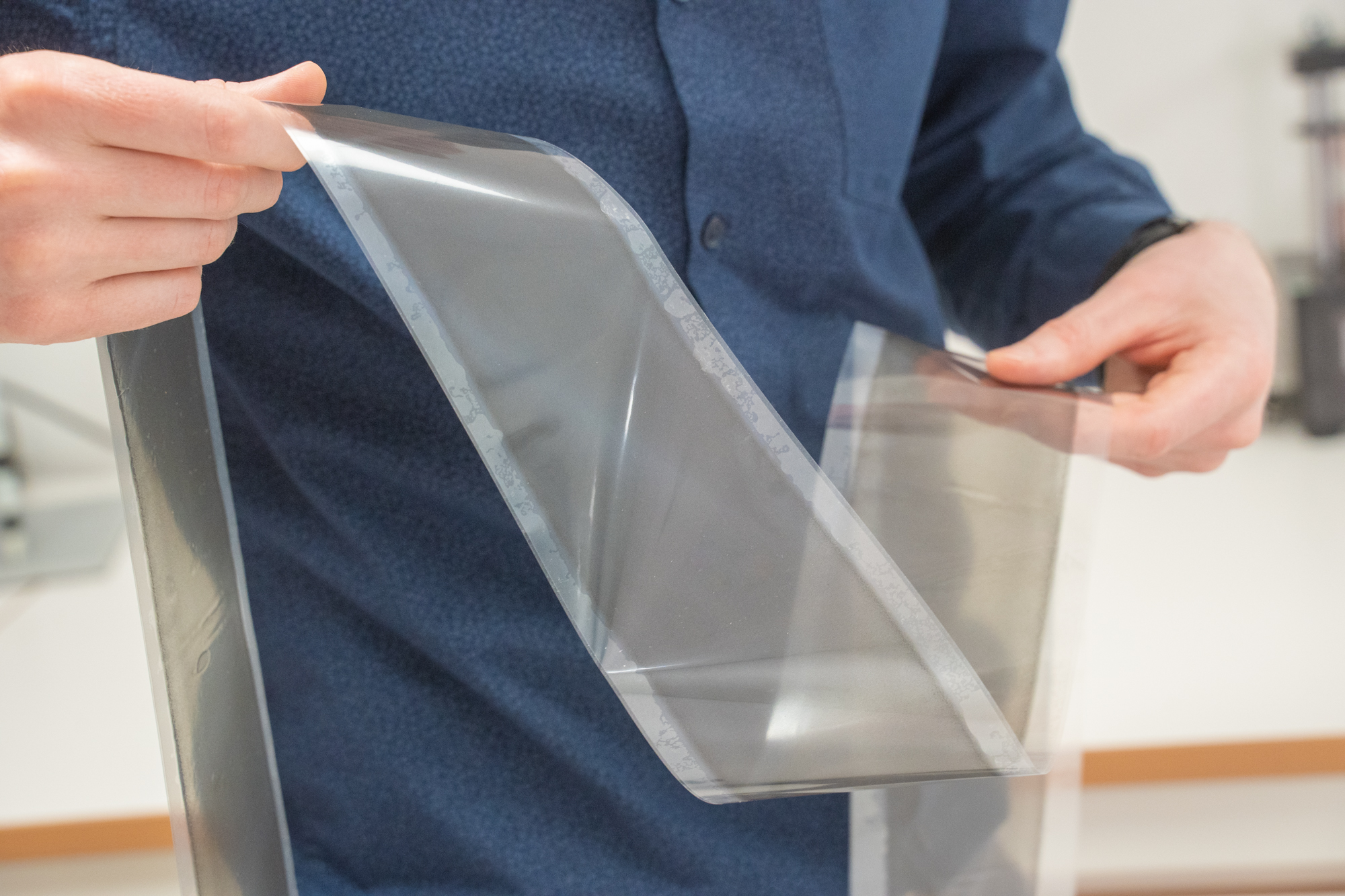